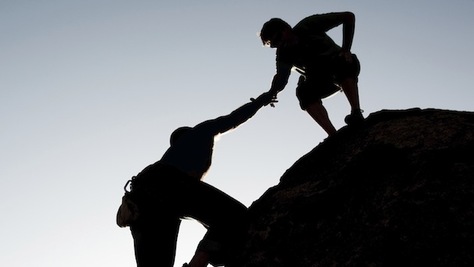 I grew up in a family where both my parents have strong conviction in faith. Never has a day gone by without mentioning a topic related to Mr Ikeda. Whenever my parents came home from a Gakkai activity, they would share with me joyfully on how members experienced lots of benefits due to Mr Ikeda’s ceaseless struggles and encouragement. Under my parents’ influence, I liked Soka Gakkai since my Future Division days.

In 1993, I performed in the World Youth Peace Cultural Festival held in Argentina as a member of the Kotekitai group. I met Mr Ikeda for the first time and that encounter became the prime point of my life. What made me really ecstatic is that last month, Mr Ikeda, in his column under the “Thoughts of Our Paths of Victory”, wrote about his recollection of the 1993 World Youth Peace Cultural Festival and mentioned how he had deep memories of his meeting with me. I was very touched! I would like to thank Mr Ikeda for his love and care.

Currently, I am fighting in the frontline of kosen-rufu movement in Argentina and I clearly appreciate the tremendous struggles of my parents in opening up a path for kosenrufu movement in the early years. During the pioneering days, Argentina was under the Military Government rule and members could not hold any activities. My father was a member of musical corp and was charged with “disturbing the peace and security of the country with the use of music” and was thrown into jail. However, in my childhood days, I could not remember a single moment in which my parents felt defeated or was depressed over this plight.

My parents poured their lives into blazing a path for kosen-rufu movement in Argentina and won several actual proofs of victory. Because of the struggles and efforts of my parents and the pioneer generation of members, the SGI Argentina became what it is today. We the youth division absolutely cannot forget the painstaking efforts of the pioneering members. The Youth division’s greatest pride and mission is to inherit completely the Mentor and Disciple Spirit forged between my parents’ generation with Mr Ikeda in their struggle.

The Young Women Division has a proud tradition of being “No.1 in home-visits”. In order to build heart to heart connections and mutual encouragement, there is no other way than to expand one-to-one dialogue and trust. No matter how far the member lives, I would do my utmost to pay the member a visit to encourage her. To date, I have visited members in over 30 cities.

Whenever I plan to visit a member who lives far away, I would head to the long distance bus interchange once I knock off from work on Fridays to take a couch. The journey is about 1500 km long and would take about 22 hours to reach the member’s house. On early Monday mornings, I would return to the same bus interchange to take a bus to my office to report for work. The families I visited are mostly poor and some of them do not even have enough chairs for all family members to sit on. Nevertheless, they are all very determined to transform their karma through faith, change current circumstances and are working with gusto on it. Many families are able to witness changes in the family fortunes through the growth in faith of the YWDs in the family. Starting with encouraging a single individual, the joy that wells up in this person will create ripples and waves upon waves of courage never fail to expand outward.

The YWD of Argentina has launched an unprecedented wave of dialogue this year and by the first half of this year, we have achieved 50,000 dialogues with new friends. In commemoration of the Soka Gakkai 60th Anniversary of the formation of the YMD in July, over 10,000 YWDs attended the meeting, including new friends. The Argentinian Kayokai has achieved an unprecedented gathering!

Presently, there are many YWDs who are showing actual proof of victories in their work in businesses, government statutory boards and educational institutions. I am a lecturer in the state owned University of Bueno Aires which incidentally conferred honorary doctorate to Mr Ikeda in 1990, conducting courses for the lawyers of the university on teaching pedagogy. In addition, I am working in the taxation department of federal government in charge of coordinating the skills training of 20,000 employees. I also shared the greatness of Daishonin Buddhism with my colleagues and up to date, three of them have taken faith and two of them have expressed interest in joining Soka Gakkai.

We were very privileged and honoured to be able to invite Nobel Prize for Peace Laureate Professor Gbowee to attend the Argentina leaders meeting commemorating May 3rd this year. In her speech, Professor Gbowee sincerely sent her regards to the survivors of the massive Tokyo earthquake and cheered them on. Heaping praises on the SGI, she said, “Even in the face of the unprecedented crisis, the SGI as well as the youth division who are trained by Mr Ikeda continued to shout out “We have hope!” As long as the youths of SGI are around, the future is bright.” The society of Argentina is placing boundless trust and hope on the youths of SGI.

This morning, we received an unbelievably fantastic news: The city of Bueno Aires has decided to name the garden of the Sabiaona Square within the Argentina Culture Centre as Ikeda Kaneko Kayokai Garden. Congratulations to all the women of Soka of the world!

I resolve to develop the Argentina YWD to become foremost in achieving happiness and joy for all members. As an educator, my dream is to prove the greatness of Buddhism and Mr Ikeda to society and that a Soka University can be set up in Argentina. I will do my utmost from now on once again in response to the hope and expectation of Mr Ikeda!


Translation Disclaimer: The original testimonial is in the Chinese Language.  It has been translated to the English Language for our readers’ convenience.  Reasonable efforts have been made to provide an accurate translation, however the editorial team acknowledged that the translation may not be perfect to the author’s original and seeks our readers understanding.  Please note that all guidance and quotes are loosely translated.