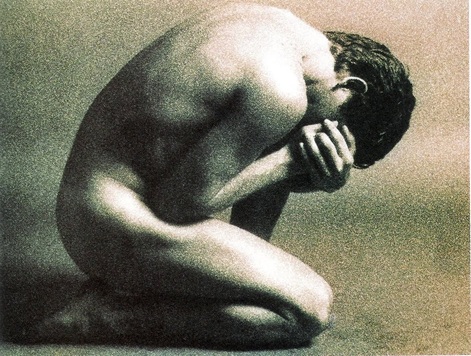 In spite of his parents’ opposition, Michael Choi gains the courage to continue practicing Buddhism.

When I heard the phrase Nam-myoho-renge-kyo from my brother, Ted, I thought perhaps he had gone insane. But he encouraged me to practice by telling me I could chant for anything I wanted. The very first thing I chanted for was to beat a Nintendo game. When I did, I felt I had done the impossible, and that maybe there was something to this chanting. That’s how I began practicing Nichiren Daishonin’s Buddhism nearly seven years ago. Though I chanted, it was only when I wanted something.

I was attending the University of California at San Diego in 1995. My coursework was challenging, and I wasn’t getting along with my roommates. I began feeling lonely. I worried about my future and I didn’t know which major to choose in school. My parents were pressuring me to become a physician — I wasn’t sure that was right for me. Soon, I began chanting daily.

At the same time, my brother and I faced a huge obstacle — my mother was strongly against our practice. For three years, we had managed to keep our practice a secret. But when my mother found out, she became so angry that she drove one-and-a-half hours to my college campus from Riverside, took my car keys and left. When she got back home, she kicked Ted out of the house. We continued practicing despite my mother’s opposition.

In 1997, I was given responsibility in the student division in San Diego. I began to make friends within the SGI-USA organization, attending weekly meetings, studying, doing home visitations and learning more about this practice.

I slowly learned how to approach my difficulties with courage. I learned how important it is for my own development to help others and to be compassionate.

Naturally, more obstacles emerged as I grew stronger in faith. I was diagnosed with a condition known as Graves’ disease, a hereditary disorder having to do with dysfunction of the thyroid gland. Though there is no cure for this disease, it can be controlled with medication, which I would have to take every day for the rest of my life.

Despite my parents’ opposition and my fear of what they would do if they found out, I mustered up the courage to receive the Gohonzon. Two days later, my physician informed me that I could stop taking the medication and that the disease had apparently subsided.

I received a bonus at work that allowed me to attend the Student Division Conference at the Florida Nature and Culture Center in August 1998. The trip revitalized me and I felt certain that this would be the beginning of something great as far as my faith and practice were concerned. However, two days after my return from Florida, I simply lost the motivation to chant. As days went by and my practice came to a standstill, my life-condition began to slump downward. Before I knew it, the Graves’ disease symptoms returned, and the doctor confirmed the relapse, indicating that perhaps there was too much stress in my life.

The downward spiral of my life-condition continued until I hit rock bottom. I began to resent SGI activities for making me push myself too hard. My anger became uncontrollable. I was yelling all the time, throwing things and destroying my family members’ belongings. I even threatened family members with a knife. One day, while pointing a knife at my brother, I injured myself. A neighbor heard the commotion and called 911. I was taken to a psychiatric hospital and detained for five days.

I returned home and received radiation treatment for my Graves’ disease. My thyroid gland was killed off and I was to be on thyroid medication for the rest of my life. My temper wasn’t cured, though. I still broke things and often had to be restrained by my father. During this time, I was secluded in my home. I dropped out of school; I had no job and nothing to do. Still I did not return to my Buddhist practice.

One day, I couldn’t take it anymore and decided to participate in SGI activities again. My brother was elated. After my first hour of chanting, I immediately noticed a difference in my life-condition. I became happy and full of energy. I started laughing and smiling more, even singing to myself. Most important, this showed at home, where my temper became virtually nonexistent. My psychologist and psychiatrist were immediately impressed by this sudden change in me.

In January 1999, I re-enrolled in a community college and I started to kick some serious butt in school. I pulled off A’s in everything. This is when I knew the undeniable power of this practice. The joy and feeling of family with fellow SGI members returned.

I know my experiences occurred for a reason. Most certainly they have brought me closer to an understanding of the power of Buddhist practice. I am so thankful to my brother for chanting for me throughout my whole ordeal. I know I couldn’t have won without his support.

In April of this year, after a very serious car accident involving my parents, my mother told my brother that he could enshrine the Gohonzon in my parents’ house where we live. She told Ted that she felt protected because of our Buddhist practice. Through challenging ourselves to help our parents see the power of our practice, my brother and I have grown so much and I feel my mother has seen that change in us. We always tried to encourage our parents through our words, but now we understand that our actions speak so much louder. Your parents know whether or not you’re happy. We appreciate their support so much.

As far as the future is concerned, I just graduated from La Sierra University and will be working toward a master’s degree in anatomy at Loma Linda University. My determination is to never neglect my mission in the SGI and to help those who are suffering. Two phrases from The Writings of Nichiren Daishonin ring out to me: “When great evil occurs, great good follows” (p. 1119) and “If one believes in the Lotus Sutra, poison will change into medicine” (p. 952).