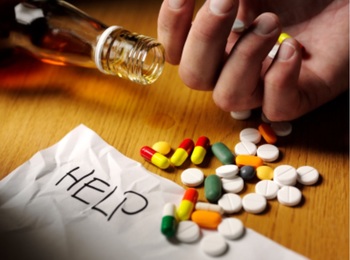 Dodie Cogswell overcomes her addiction to drugs and alcohol, and becomes a chemical dependency professional.

In 1972, I was at a party in Seattle when a young woman who appeared to be in high spirits shared Nam-myoho-renge-kyo with me. I thought her high spirits were caused by the same things I used to get my spirits up, which could be anything from amphetamine, cocaine, alcohol, marijuana, LSD, mescaline, MDA or whatever was available at the time.

An alcoholic, well-meaning mother, who couldn’t help the emotional madness she went through as a result of her drinking, raised me. Like so many others, I did not develop a healthy self-identity. What I did learn was my survival depended on taking care of mother. My job was to be her confidante and listen to all of her problems, to encourage her and smooth things out for her in any way I could, and agree with whatever she was talking about. I cleaned the house, cooked and in general did whatever she wanted me to do. I never got to know I had a right to have a self of my very own. For parents who are addicted, their primary relationships are with the chemicals; there is no real heart-to-heart connection with the children.

My first addiction was food, which plumped me up. Mom started me on amphetamine to lose weight. I was 12. I started drinking the same year. Depression had filled my core for many years and I discovered that chemicals worked well to relieve pain—at least while I was high.

This first relationship with my mother set a lifelong pattern in which I would do whatever I could to please another to feel a sense of security. I was also sexually abused at age 7 by a neighbor, which left me ashamed, scared and literally silenced me. For these reasons, I unconsciously clung to one person, then another in my quest for a feeling of safety and love. I thought love meant doing what someone wanted me to do and then they’d be nice, they wouldn’t rape me or beat me. This didn’t work. Rape and beatings became a recurring nightmare; I ran away from myself with alcohol, drugs and sex—one relationship after another. I had no idea how I was slandering my own life by acting in ways that devalued me.

I lived out this madness for many years. I became more deeply entrenched in my addictive behaviors and suicidal thoughts were my daily companions. My marriage ended and my four children had been taken from me and placed in foster homes. My heart was broken and I felt so ashamed that living was pure torture. I lived on disability and could barely function. My self-hatred was so deep I could not stand living in my own skin.

I finally reached out for help and went to therapy. The psychiatrists gave me all kinds of labels: clinical depression, thought disorder, manic-depressive. They also gave me one drug after another—antidepressants of all varieties as well as lithium—which did nothing but make me feel worse.

It was around this time that I met a man on the street corner downtown who told me that if I chanted Nam-myoho-renge-kyo, I could have anything I wanted. Well, I thought this “come on” was unique. I gave him credit for that but was so paranoid I didn’t trust anyone or anything. I took the card. One night while going crazy with fear at being alone, unable to sleep, I got out the card and said the chant over and over. I had no clue why saying words I couldn’t understand could bring a calm, good feeling out of me, but they did and I went to sleep. That was my first benefit and the beginning of my practice.

I can’t say I immediately rushed to a meeting. But I kept running into Buddhists who kept inviting me. One day a year later, I was approached by a woman who asked me if I’d like to come, and I assured her I’d meet her the next day. Something about her felt so kind and assuring. I met her and attended my first discussion meeting. I joined on the spot and began learning gongyo. Thus I began my human revolution.

When I received the Gohonzon in 1973, I was encouraged to chant for what I thought seemed impossible. I chanted to get my children back and to stop being crazy. It didn’t even occur to me to chant to stop using drugs — they were so much a part of who I thought I was. I loved reciting the sutra, and study opened my mind to worlds of possibilities for growth and healing. SGI President Ikeda’s words poured into my heart like water into a desert, reviving me. The Writings of Nichiren Daishonin and the Buddhist views of life and the universe showed me a way to put my life in rhythm and gave me hope that I had a mission for kosen-rufu. All my sufferings weren’t for nothing. I now had the tools to change my life-condition and prove the power of the Mystic Law by overcoming all my problems.

I had to come to terms with my mental illness and my drug addiction. This didn’t happen overnight. I spent many long nights chanting daimoku through my tears. I missed my children so much that all I could do was throw myself into activities for world peace. I noticed that I got a natural high from my practice and I began to chant to get off drugs.

As obstacles arose, I’d get scared and I chanted for drugs, looking for the escape from my fears. I roller-coastered this way, but all the while my wisdom, courage and compassion were getting stronger. I became more aware of my fears and self-doubt, and as I studied the Daishonin’s writings I began to view these things in a different light. The devilish function in my life had dominated me ever since I could remember. I chanted to bring out the power of my Buddha nature. I felt like the war going on inside me was one side of my nature against the other; I was tired of the negativity being in my driver’s seat.

I took on more responsibility in the organization. My life was a flurry of discussion meetings and propagation campaigns. I slowly began to have more contact with my daughters. Their father called and told me he was taking the girls out of the foster home. The foster brother had molested two of them. I furiously chanted to cleanse our lives of sexual abuse karma. The good thing was that now I could see my three oldest girls again. We were tearfully reunited. My youngest daughter, who was adopted, eventually found me and we all experienced the joy of becoming a family for the first time. Today I am blessed with 14 grandchildren and one great-grandson. The deep scars of the past separation only serve to make us appreciate being together more.

Twenty-six years later, I am beaming with the actual proof of the power of awakening the Gohonzon within me. What I know now is that the Gohonzon is a perfect mirror of the natural universe. By fusing with it on a daily basis, I have been able to bring forth my truest, deepest natural self. The three ways of faith, practice and study have enabled me to fill up that empty place inside that drugs use to fill—I have been clean from drugs and alcohol for 16 years. I am no longer a slave to my weaker, negative nature. I made a choice to put nothing between the Gohonzon and me and this was a turning point. I chose to chant to bring out my true self and determined to make any cause or take any action necessary to accomplish this goal. I want to be who I really am and do what I am here in this life to do to prove the power of the Mystic Law.

Under the sway of drugs, alcohol, compulsive behaviors or any philosophy that tells you the power is above you and out of your reach, all you can do is suffer the loss of your true self. Uncertainty and emptiness are the feelings of self-LESS-ness and drive one to reach for chemicals or addictive sex or food or workaholism to numb out the pain and give a feeling of safety and security. The truth is, no chemical will ever lead us to ourselves. In fact, it only pushes you farther away. We can never discover the absolute happiness of bringing out the power of one’s very own unique Buddha nature from one’s very own gut by hiding behind chemicals. Chemicals can only give temporary, relative happiness and do nothing to change one’s karma. The only thing powerful enough to break this cycle is the Mystic Law and consistent practice to the Gohonzon.

I am so happy to be alive and living for my mission. I became a chemical dependency professional and worked with teenagers for several years. Now I am working as a counselor with adults at the Asian Counseling and Referral Service. I work with all different races of people, and my natural ability to do this is a strength I’ve developed over the years as an SGI-USA member. I am also working toward my B.A. in human transformation at Antioch University. I’ll be graduating next March. I have come a long way from the scared little girl who hid away from life. I no longer run away from anything — I run toward it.

My whole life has changed as a result of my practice and my determinations to learn how to live true to my self.

Society looks down on addicts, alcoholics and the mentally ill as though they are throw- away people who can’t contribute to the world. To me, we are sensitive and empathic, and with the power of the universe within, we can heal ourselves and show splendid actual proof of victory.