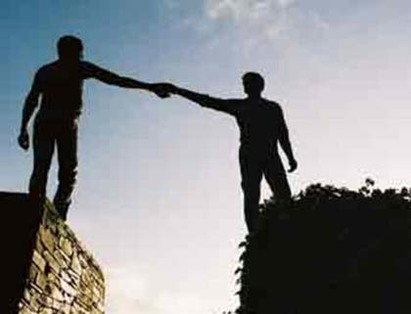 I joined Soka Gakkai Malaysia (SGM) as a member after graduating from Secondary School in year 1989.  It was due to family dire straits that a friend encouraged me to practice Nichiren Buddhism and chant Nam-myoho-renge-gyo to change my family situation.  After completing my secondary school education, I had wanted to continue studying.   However, my family financial situation did not allow it.   I decided to work so that I could earn and save enough money to pay for my own tertiary school fee. I gave tuitions and worked as a part-time waitress at a teahouse, taking up 3 jobs a day.  My efforts paid off, as the following year, I was able to leave my hometown to pursue my tertiary education in Kuala Lumpur.   I continued working part-time in KL while juggling my school work to support myself and pay for the school fees.  Even though life was hectic, I continued to participate actively in Gakkai activities as a Young Women Division (YWD) member. I enjoyed attending meetings and learned a lot through Sensei’s guidance during my Youth Division days which I believed had helped to lay the solid foundation for my faith.

5 years later in 1994, I got married and it was during this major transition of my life that put a real test to my faith. I was staying with my parents-in-law after I got married.  My father-in-law was terminally ill and needed a care giver to attend to all his basic needs. Though heavily pregnant with twins at that time, I was the sole caregiver for him and had to tend to his every need.  From cleaning up for him, feeding him and ensuring he took his daily medications.

It was challenging but I took it upon myself to fulfill the basic filial piety until my father-in-law passed away peacefully.However, the worst was yet to be over.

After my father in-law’s passing, my mother-in-law could not overcome her emotional imbalance.  She started becoming temperamental and made things difficult for me. During the eve of Chinese New Year after my father in-law’s passing, I could still remember vividly how I had to do the traditional New Year spring cleaning all by myself despite being already in the third trimester of pregnancy.  I did everything from dusting to cleaning.  I even had to climb up and down to shift heavy furniture for cleaning in making sure every part of the house was spick and span.


After all the household chores were completed, I had to rush to the market for groceries shopping to prepare the reunion dinner for 30 family members.  My fatigued body finally could not take the toil and I collapsed in the crowded market.  Fortunately, there were passers-by around to help me and I was able to return home safely.

Faced with the strained relationship with my mother in-law, I had thought of escaping from the problem by leaving everything behind.  Each time I harbored this thought, I would think of my eldest daughter and pregnant twins.  I felt the pressing needs to address and rebuild this family tie and to turn poison into medicine.

At that time, I only had the Gohonzon in my room to rely on.  The only thing I was in gratitude to my mother-in-law then was that she did not object to my practice.  Every night while chanting to the Gohonzon, my tears flowed.  However, I firmly believed that only through the power of chanting, my mother in-law would one day become my Buddhist God to help me advance in the path of kosen rufu and would also appreciate me as the best daughter-in-law.

After giving birth to my twin daughters, things did not immediately take a better turn.  In fact, it became worse. During my confinement period, my mother in-law continued to make things difficult for me.   She chased away my confinement lady and I was left to fend for myself.  The final blow came when my mother-in-law chased me and my 3 children out of the house in the middle of the night because she could not stand the crying of the children.  I was defenseless and homeless with three young children and my eldest daughter was only a one and a half year old.  At my wits’ end, the three of us could only stay at a hotel for the night which is also my husband’s workplace.

I could not understand why my life had unfolded in this way.  I have always taken pride that I have never had to deal with any interpersonal issues and can always get along well with everyone.  That night, suicidal thoughts crept into my mind.  I had planned to drown my three daughters in the hotel bathtub and jumped down the building to end this suffering.  When I was feeling the bathtub with water, a sudden thought came to me.  “How could I do this?  Who would then prove the greatness of this law?”  This brought me back to overcome those suicidal thoughts.  Fortunately at the same time, my husband had also discovered and realized that I might be falling into depression. He sent our daughters and myself back to my parents’ house the next day.  My mother did not questioned further and gave her room up for my daughters and myself.  She slept with the living room with my father. During the time my parents’ house, other than taking care of my daughters, I spent most of my time chanting abundant daimoku.  The support and concern showered by my parents and siblings at that time was also a major factor to my speedy recovery.

After we separated from my mother-in-law for some time, she contacted us one day out of the blue to tell us that she was not feeling well.  We moved back without hesitation to care of her.  Because of that, she was able to recover fully and was soon in the pink of health.  However one day, out of no valid reason, my mother-in-law chased us out of the house again!  It was utterly unreasonable.  This time, I was not wavered due to what I have learned through attending the Kaneko group’s meeting.  I understood that in Buddhism, everything happens for a reason.  And I was convinced that and only by facing the problem heads on, would I be able to challenge and overcome my karma with my mother-in-law.

After some discussions with my husband, we made the decision to buy a house near my mother-in-law so that whenever she needed us, we could be there readily for her.

When my elder daughter was 7 and the twins 5 years old, my husband faced some serious debt issues due to the poor management of his restaurant which ultimately led to him having to wind up his business.  To promptly settle his huge debt, he chose to travel to Brunei to work, leaving me and our daughters behind.  I had to scrimp and save to support our family as majority of the money that he sent back monthly went to repaying the debts.

Even though, life was tough, I firmly believed that “Winter will definitely turn to spring” as quoted the Gosho. In order to supplement income to the family,  I took on multiple jobs including the job of a nanny, sold ginger and even became the Kindergarten teacher at where my daughters were studying.  I woke up as early as 4.30a.m everyday without fail so that I could chant more daimoku.   I prayed fervently to the Gohonzon for my Buddha wisdom to well forth to overcome my daily challenges.  During this challenging period, my Soka Gakkai Malaysia (SGM) leaders would always be around to care for me. They would rush down all the way down to my house whenever I needed help during the time my husband was not around with us.

In year 2003, I volunteered to help out as an exhibition guide during the SGI President Daisaku Ikeda’s photography exhibition titled, “Dialogue with Nature”.  It was held by SGM at the National Art Gallery.  It was at this time my mother in-law became my Buddhist God.  She volunteered to take care of my daughters during the period when I was busy doing duty for the exhibition.  She also became closer to her granddaughters and showered them with their favorite food and sometimes even bought clothes for them.  Before she passed away, she finally acknowledged me as her own daughter and she even openly announced that in front of all the close relatives and friends.  I had finally welcomed the spring into my life and fulfilled my prayer of becoming the best daughter-in-law for my mother in-law.

Deep in my heart, I was filled with deep gratitude for her.  Without my mother in-law, I would not have done my human revolution, to challenge my fundamental darkness and to overcome my egoistic nature.  SGI President Daisaku Ikeda guidance taught, “There is no destiny which human revolution cannot change.”

It took 7 long years for my husband to finally clear off his debts.  After clearing his debs, my husband chose to work in Sabah, Malaysia.  We decided to all relocate to Sabah for the family to reunite. That was in 2008 and we were finally able to start afresh with a new life together as a family in Sabah.  However, it was not all smooth-sailing as I continued to face new challenges in life. My eldest daughter could not adapt to the new environment in Sabah and she felt lonely with no friends. I was perplexed as to why shehad such a reaction as I thought I had made the decision based on my prayer to the Gohonzon.  I sought guidance from my senior in faith and was convinced that “Poison can be turned into Medicine”.  I decided to travel back to my hometown with my three daughters.

I am currently still challenging.  I am holding on to the firm belief that I will definitely show great actual proof one day to fulfill my prayers to have a family reunion and to have a harmonious family.