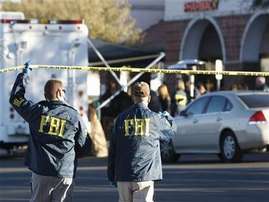 From a Troubled Past to Victory
Zami
Aiea, Hawaii

For Zami, abuse and loss have given way to joy and fulfillment.

I am a survivor of sexual child abuse that started when I was 7 and continued until I was 13. Because of the abuse I suffered, I wanted to have a child that would love me unconditionally. At 15, I gave birth to my son. My mother made me painfully aware that if I felt I was big enough to have a child, I was big enough to get a job and support that child. Yet only 18 months after my son’s birth, my mother died from breast cancer.

I had no place to go, so the young man who fathered my child offered to marry me. I left New York City and went to California to join this young man in a place where I had no family, no friends, no support. Within a month of my arrival, I was pregnant again. By the time I was 18, I was married with two children. But my husband was abusive, even hitting me when I was pregnant with my second child. By the time I was 20, we had separated. I was not going to live my life that way.

So here I was with two small children, no support, working two jobs earning minimum wage. But the obstacles kept coming. I became very ill, and at the age of 22, I had to have a hysterectomy. Knowing that I could no longer bear children didn’t upset me too much. Raising two boys alone was a challenge in itself.
​
I often wondered why I had to struggle so much just to live a single day. I must have angered someone in my previous lives to have had such heavy karma. These thoughts would lead me to Buddhism. I had tried different religions and often walked away feeling discouraged. It seemed as though they required my life be judged by standards that came from an external source. I was looking for happiness from within. It felt hypocritical to me, so I decided not to concern myself with any religion at all.

One day in 1986, my oldest son asked if I would like to go to a meeting where the actor Patrick Duffy would be attending. My son had befriended another boy whose mother was a district leader in the area. That night changed my life forever.

I remember walking up the sidewalk and hearing this thunderous sound coming out of the house and thought, “What in the world is going on in there?” At first I didn’t want to go in, but something told me everything was going to be OK. The house was filled with many people chanting Nam-myoho-renge-kyo. Their energy and the joy on their faces moved me. I wanted what they had. They told me to chant every day, and I would begin to notice a difference in my life. I had had a lot of pain in my life, so I thought, “If chanting that phrase will make a difference, why not try it?”

I finally felt that I had found a religion that allowed me to be the person that I am without being judged. I could make a difference in the world. Simply put, chanting lifted my life-condition.

One day, someone came up to me and asked if I was pregnant. I was surprised, knowing that this was not possible. When I asked why she asked that question, she said I had a glow about me. Someone else asked if I was in love. She too said it was the glow. I realized this glow was from my Buddhist practice, and I told her, “I’m not pregnant or in love, I just chant Nam-myoho-renge-kyo.”

I continued to practice, knowing all the while there would be new struggles and sorrows. Five years into my practice, my youngest son was killed in a drive-by shooting while visiting his father in California. He was 16. I was living in Germany at the time and didn’t have a support system in place. When I went to my son’s funeral, I was so angry I was unable to chant. I felt that the struggles to survive another day continued to mount. Yet at the ceremony and to my amazement, my brother, who was never connected to any religion, took out his prayer beads and started chanting as they placed my son’s body into the crematory. In the midst of tragedy, the beauty of Buddhism became evident.

When I returned to Germany, I was still very angry and had a hard time mourning. I sought happiness outside of myself and ended up marrying a man who was practically a stranger. Within months, I realized the marriage wasn’t going to work. It was many months later that I met an SGI member and slowly began renewing my practice, letting go of the anger and starting to feel happy again.

A fellow SGI member also encouraged me to continue chanting for my son. She said that this would not only affect my life, but it would also extend into the universe and affect my son’s eternal life. On hearing of the death of a follower’s son, Nichiren Daishonin writes: “I hope that, if you, his loving mother, are thinking with longing about your son, you will chant Nam-myoho-renge-kyo and pray to be reborn in the same place.… If all of you nurture the same seeds of Myoho-renge-kyo in your hearts, then you all will be reborn together in the same land of Myoho-renge-kyo” (The Writings of Nichiren Daishonin, p. 1074.) I knew my son was OK, and I was able to move on.

Within the next couple of years, I realized that I had goals I could not attain while living in Germany, such as going back to school and purchasing a house. A relative of mine, aware of my desires, extended an invitation to move to Hawaii. In December 1994, I arrived in Mililani and in 1995, I started school at Chaminade University. Since I had served in the Army and had become a disabled veteran, the Veterans Administration offered to pay all of my tuition, books and supplies, including a $500 monthly stipend. Working full-time to support myself while attending school at night, I graduated magna cum laude with a bachelor’s in psychology and a master’s in elementary education. I am presently teaching Kindergarten at Waialua Elementary. At this point in my life, I can honestly say that with determination, action and faith, I have been able to attain many of the goals that I had set for myself.

Still, life is never easy. There was another obstacle waiting. My only son, Jason, has been diagnosed with full-blown AIDS. Do I give up now? Never. It is only with this Buddhism that I have been able to survive and to remain strong. Chanting enables me to always have hope and to keep challenging everything life has to offer. I continue to chant for my son and am happy to report that when I last saw him, he looked healthy despite his condition.

Before I moved to Hawaii, I generally practiced on my own. But I now have the fortune of having many people support me. They have given of themselves to be by my side, to help me remain strong, to guide me through my practice and to give me hope when I felt there was none. This has given me a sense of joy beyond description. I offer them my thanks for helping me solidify my practice and showing me that through faith, practice and study, we can bring about change.