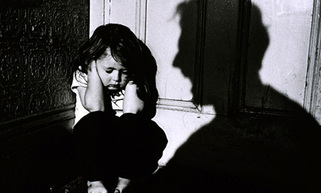 How Wonderful It Is to be Alive!
Noboru Suzuki
Japan

So that was why. I finally understood then. It was only after I started working that I finally got to know the answer to the mystery that had been haunting my life.

Which was: Why did my mother kept abusing me? Not long after I was born, my parents divorced and the person whom I had thought to be my mother was actually my stepmother.

Probably, for my mother, having to take care of a child who is completely unrelated to her by blood must have been a great chore. However, for me who was completely ignorant of the entire situation, I had to go through constant excruciating pain, sorrow and fear.

I was born and raised in Otaru, Hokkaido. I have an elder brother and two younger sisters. However, among my siblings, I was the only one who was abused by my mother for trivial reasons such as being noisy or not tidying up the place.

I suffered from both verbal and physical abuse. Not only was I constantly been hurled with abusive words, I was often beaten and kicked. Many a times I thought to myself, “This is it. I am going to be beaten to death ....” One day, I made up my mind and asked my mother, “Why do you abuse me?” She replied, “For some reason, the very sight of you irritates me. Why were you born in the first place?”

My whole body froze. Wiping off my tears with my arm, I shouted back at her, “Then why did you give birth to me in the first place?” Twitching her lips, she remained silent.

My elder brother and I were given birth by my biological mother whom my father had divorced. My two younger sisters were the offspring of my stepmother. However, I was the only one targeted for abuse. I wondered why. Perhaps, my elder brother was an all-rounder, who was good in both sports and studies, unlike me.

My father was managing a fresh vegetables and fruits business and was busy from early morning till late at night. However, even upon witnessing my abuse, he would defend my mother and reprimand me instead: “You mustn’t defy your parents!” My elder brother and my younger sisters were so fearful, they dare not utter a word.

“Is there any meaning for me to remain alive in this world? Or should I say, is it okay for me to be alive?” With these thoughts in mind, one fine day, I jumped down from the third level of my house. But I found myself heaving a sigh of relief when I discovered that I suffered no injuries. I was probably afraid to die.

When I was in Primary 5, I started running away from home repeatedly, carrying nothing with me. With no money, I would wander around aimlessly. The police would find me wandering around late in the night and escort me home. Each time, my mother would go insanely mad.

One of the worst things happened during the winter holidays when I was in secondary one. For approximately three whole weeks, I was not given any food. When school reopened, everyone was shocked to see me like a skeleton. It was then that my school saw the gravity of the matter and decided to take action.

Shortly thereafter, I was sent to a children welfare centre in Sapporo where I stayed for one-and-a half month, as a means of temporary protection. Subsequently, I was placed in a children’s home in Rankoshi-cho. “Go cool your head at the children’s home!” My father sent me off with these words. As for my mother, I did not even want to imagine what she was on her mind.

Though I did not have a good impression of a children’s home before I went, I realised that the home was like heaven. I was given proper meals and could play with friends. More than anything else, I was free. I was very happy.

There were about 70 children, ranging from kindergarten to high school students, staying at the home. Some lost their parents in an accident, some were abandoned soon after they were born, some experienced physical abuse far worse than me.... Each child kept their dark past in the depths of their hearts and lived on with hope. I thought to myself, “How small-hearted I was to have even thought of dying!” I pulled myself together and immersed myself in my studies and sports in secondary and high schools.

During the summer of my last year in high school, I received a tentative confirmation to work at a company in Yubari city. “With this, I am really going to live all by myself.” The thought of this made me somewhat lonely and insecure. With a heavy heart, I left the children's home and started my life in Yubari.

Soon after starting work, I was given the first long weekend break. I decided to go home to take a look since I had not been back for many years. When my mother saw me, she asked: “What did you come back for?” I replied, “To show my face.” She asked in return, “Is there a need to do so?” I was speechless. It was crystal clear that there was no longer a place for me in this home. I left immediately and made my way back to Yubari.

At my workplace, I had problems remembering my work procedures and was reprimanded by my superior almost every day. I gradually lost confidence and thought of quitting my job.

One day, a senior at work called out to me: “Hey, what happened? Your eyes look like that of a dead fish!” I poured out my problems at work to him and he said, “I see. Alright, then come over to my house tonight! There will be this thing called a discussion meeting going on.”

I went to his place that night as told. There were about 20 people there. All of them warmly welcomed me, saying, “Thank you for coming!” They clasped my hands tightly as they invited me in. They were meeting me for the first time and I was supposed to be a complete stranger to them. But why are they so kind to me? Why are they treating me with such warmth and cheer? What warm-hearted people they are. Just then, something suddenly dawned on me. A memory from the past seemed to overlap with what I was experiencing.

During my high school days, I delivered newspaper every morning. I saved up to get a driving license for I knew that in Hokkaido (being a vast land), it is very difficult to work without a car.

While on my way making deliveries in the morning, I would often run into a woman who always greeted me, “Good morning!” or “How are you doing today?” What impressed me most was her smile and she was always high-spirited. Just meeting her made me feel energised, inspiring me to continue working hard. She was also delivering newspapers and the paper she was delivering was “Seikyo Shinbum”. Sometimes, I would try to catch a glimpse of the paper and I would often see a photograph of many smiling faces. I remember thinking to myself, what a strange newspaper.

That smile on the woman’s face, the smiles on the newspaper and the smiles I see right before me at the meeting - they were all the same. This must be the world that the smiling lady was living in - I thought to myself. And everything fell into place like a jigsaw puzzle.

After the discussion meeting, a Young Men Division (YMD) senior said to me passionately, “By chanting daimoku, courage and life force will well forth from your life. And by engaging yourself in Gakkai activities, you will be able to forge a life state that remains undefeated by any adversities in life.”

I decided to become a Soka Gakkai member right there and then. Although I did not understand what the words meant, I did so because I, too, wanted to bring warmth to others just as they did to me.

Living and Shining with Vitality

As I continued exerting myself in Gakkai activities together with fellow members of the YMD, I realised that every member had their problems just like myself. Yet, they were all full of vigour. Why? I realised that they could do so because they had the Gohonzon and President Ikeda as pillars of support in their hearts.

I started chanting daimoku diligently and not long thereafter, my superior at work said this to me, “What happened to you recently? You seem to be living and shining with vitality. Keep it up!” I was taken aback. This must be “the power of daimoku” I thought to myself.

Subsequently, I joined the Saka Han Academy (a special group to support events behind the scene) and took up the challenge to share Buddhism with others. I did my utmost to share my practice of faith with one of my friends, and was able to chant daimoku three times with him. However, it did not progress beyond that. My friend did not start to practice.

Nevertheless, I did not give up. I was determined to continue to challenge myself in conducting Buddhist dialogue with one person after another. I wanted to become a person like my senior who led me to this practice of faith. It was my turn to help others, even if it is just one single individual, just like what my senior did for me.

Upon recollection, there is no doubt that my past is filled with pain and sorrow. But having taken up faith, I can squarely face every pain and sorrow and accept them wholeheartedly. I can embrace everything that happened to me in the past, no matter how hurting because I can now find profound meaning and significance in every single event and put them into correct perspective.

By becoming a member of the Soka Gakkai, I have been able to establish strong bonds with individuals who arc as close to me as my own family members. I can finally see why and for what purpose I am living. These people have taught me how wonderful it is to be alive.

I am experiencing the greatest happiness now. It’s not about formality or appearance. I can even feel grateful to my parents who had raised me and created the cause for me to become a member of the Soka Gakkai.

I shall continue living and forge on to the fullest. I am going to strive to my utmost with the pride and sense of mission to be living in Yubari, the land where President Ikeda had fought with his life.