i. Selfless Dedication in Propagating the Law through Earnest Resolve 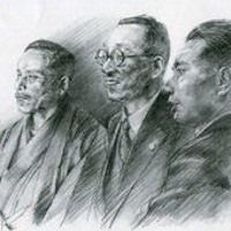 The highest meaning of human existence lies in one’s ability to fully enjoy and appreciate the wonderful life-state of Buddhahood while allowing others to also savour the corresponding state of existence.Out of the voluminous teachings bequeathed by Shakyamuni, only the Lotus Sutra teaches that everyone equally has the potential to call forth this wonderful life-state of Buddhahood.

Out of his great desire for the people of the Latter Day steeped in suffering to savour this wonderful life-state of Buddhahood, the Daishonin selflessly devoted his entire life to propagate the Mystic Law of the Lotus Sutra. Indeed, the essence of the Daishonin’s Buddhism is found in the spirit of not begrudging one’s life or selfless devotion to spreading the Law.

Buddhism teaches that life is the most sacred and precious thing in the universe. It is also a philosophy of peace that upholds the sanctity of life and teaches the importance of living with compassion and respect for all life.

Why is disrespect for life so prevalent in contemporary society? From one perspective, we can point to the fact that many people have no cherished goals or ideals to which they would wholeheartedly dedicate themselves or give their lives.

Those who have a noble life-affirming cause to which they can dedicate themselves will usually deeply appreciate the value of their own lives and others. Those who lack a lofty cause that enables them to forge and elevate their own lives will tend to be easily swayed by the torrents of ego, desire, and fear, and may even end up losing their lives for meaningless, petty matters.

[The Meaning of “Practicing without Begrudging One’s Life” Today, The Writings of Nichiren Daishonin and The Mentor-Disciple Relationship]

The faith that the practitioners uphold in the Mystic Law enables their life to shine its brightest. It dispels the fundamental darkness in one’s life and sequentially brings forth and cultivates the innate wisdom, courage, and compassion. It is this lofty cause the Buddhist practitioners embark on that leads others to bring forth and cultivate the same goodness hidden in the depth of everyone’s lives. The domino effect of one person practicing this Buddhism after another will in consequence raise the collective life-state of humanity. This lofty cause known as kosen-rufu will in turn bring about world peace.

Naturally this lofty cause deserves one’s wholehearted devotion and selfless dedication.As such, those who are fainthearted and afraid of hardship cannot realize the momentous undertaking of kosen-rufu. If there is no one who is willing to spread the Law with such a selfless, ungrudging spirit, kosen-rufu will end up as nothing more than an empty dream. Viewing from the history of Nichiren’s Buddhism, it is an indisputable fact that only Soka Gakkai inherits this true spirit of propagation from the Daishonin.

Championing the Daishonin’s spirit, both President Makiguchi and Toda had confronted persecution at the hands of Japan’s militarist authorities during World War II. They had fought on to the end with the unwavering, rock-like resolve of an indomitable champion.As third president, Mr. Ikeda had also battled in the same dauntless spirit against the three powerful enemies that appeared to hamper his advancement of the law. The Soka Gakkai’s tremendous growth and development are proof of the victory of the first three presidents’ struggles for Buddhism.

Though we speak of “not begrudging one’s life,” the Daishonin’s Buddhism is definitely not a teaching of reckless self-sacrifice or martyrdom. Mr. Makiguchi, Mr. Toda, and I—the first three presidents of the Soka Gakkai—have taken action with the resolve to advance kosen-rufu in such a way that not a single member is sacrificed, and to willingly give our all toward that end. In the future as well, this must remain the spirit of successive Soka Gakkai presidents.

[Letter from Sado, The Teachings For Victory]

In point of fact, ‘not begrudging one’s life’ shall not be misconceived as treating one’s life lightly or discarding one’s life.Since Buddhism advocates the sacredness of all lives, one must never disrespect or harm lives. President Ikeda explains in ‘The Gift of Rice’ that the Daishonin declares the path of attaining Buddhahood for ordinary people does not lie in sacrificing one’s body as an offering, but in ‘earnest resolve’.

President Ikeda interprets ‘earnest resolve’ as faith, seeking spirit or vow. It is the selfless dedication to spreading the Mystic Law in this defiled age of the Latter Day. It is the spirit of ‘valuing the Law more important than our own lives’. In reality, ‘not begrudging one’s life’ is comparable to ‘forgetting one’s own personal life’.

In modern age, it does not require one to sacrifice one’s life for the sake of the Law like the boy snow mountain. Nonetheless it is still an extremely difficult task for one to uphold the Law in this strife-filled saha world of endurance. This is because when one correctly spreads the Mystic Law, the three obstacles and four devils will arise without fail.Without earnest resolve, one would most likely discard his or her faith.

Since the three obstacles and four devils are functions that try to make the practitioners abandon their faith in the Mystic Law, they attack their weakest points. To such an extent, it may come in the form of attack from their nearest and dearest like their parents, children, husbands and wives,to test their faith. These functions can also manifest in the form of trials arising in their workplace or from their financial situation.

Despite the appearance of the three obstacles and four devils in impeding their advancement, the SGI members widely spread the teachings of the Daishonin’s Buddhism with earnest resolve. Rather than seeking to practice in a safe and tranquil environment, the SGI members brazenly venture out into the whirling storm of society to lead people to happiness. They share the Mystic Law with others and through this process the practitioners change their own karma and fundamentally transform their state of life.

Hence, a leader of kosen-rufu should be the first to set out on a stormy day for places where embankments have collapsed or landslides have occurred.Armed with earnest resolve, the leader steps out into this chaotic society to help all people attain genuine happiness through transforming their own karma.Such efforts represent the surest and most direct path to realizing happiness for oneself and others.

In the same manner, earnest resolve is a matter of exerting millions of kalpas of effort in a single moment of life for the sake of Buddhism and the noble cause of kosen-rufu. Likewise, not begrudging one’s life ultimately means steadfastly chanting Nam-myoho-renge-kyo without any fear. It means to wholeheartedly dedicate oneself to show actual proof of faith for the sake of others, for the sake of the world and for the sake of the future.

Similarly, all of you, my beloved fellow members, are exemplifying the spirit of “not begrudging one’s life” in contemporary society, based on this selfless commitment of the first three presidents. You are all striving tirelessly for the sake of Buddhism and the welfare of others, even in these difficult economic times. When you learn of friends in trouble, you hurry to encourage them, leaving your own worries aside. You chant sincere daimoku until deep into the night. You courageously share the Daishonin’s teachings with others in order to change society for the better. You confront unscrupulous individuals who seek to mislead the people, refuting the erroneous and revealing the true. Where else apart from our worthy members can one find such heroic individuals practicing Buddhism with such selfless commitment for the sake of others’ happiness?

Although one is not require to meet persecution of similar degree to the Daishonin or the 3 eternal mentors, confronting obstacle in the form of hardships and challenges will allow one to attain the same lofty life-state as the Daishonin. Challenging great hardships is what enables the practitioners to boundlessly develop their state of life. It empowers them to fuse their lives with this supreme realm of Buddhahood.