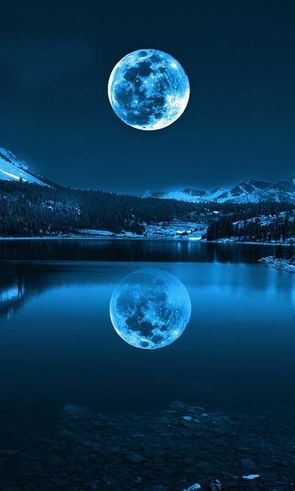 Since 2006, President Ikeda has started using the phrase, "the essential phase of kosen-rufu" in his guidance.

The time is coming for my direct disciples, the Ikeda disciples of the essential phase of kosen-rufu, to begin to take their place as great leaders in society and the world.
[The Fresh Departure of the Mentor and Disciples of the Essential Phase, May 2006]

What is the significance of this period termed “the essential phase of kosen-rufu”?

In Jeweled Sword Chapter of New Human Revolution, President Ikeda cited the last of “One Hundred and Six Comparisons” saying “One must distinguish essential and theoretical, superior and inferior, in all things, even the swelling waves and the blowing wind. [GZ, 869]”

President Ikeda further explained that theory is a model for explaining reality and not the reality itself. Life itself is the basis of all reality. All of us human beings live in the midst of reality. It is important therefore to be able to differentiate clearly between reality and theory, and to remain firmly grounded in reality.

What then constitutes the theoretical and essential phase of kosen-rufu?

Kosen-rufu, a grand endeavor to build lasting peace for all humankind based on the humanistic principles of Nichiren’s Buddhism, remains a theory without the appearance of Soka Gakkai. Under the leadership of the 3 founding presidents, Soka Gakkai, an organization that embodies the Buddha’s intent and decree, has expanded to 192 countries with more than 12 million members.

In the past 5 decades, President Ikeda fought unceasingly without begrudging his life to fulfill his mentor’s vision of the widespread propagation of the Law. He himself is the living embodiment of Nichiren’s Buddhism. He has taught his disciples using his life what it means to be a true practitioner and how to win in the battles to spread the law! President Ikeda has paved the path of kosen-rufu for us, his disciples to advance along.

I declare that we have now solidly secured the magnificent foundation for kosen-rufu, and embarked vigorously on the second phase of worldwide kosen-rufu.
[Special Lecture Commemorating November 18, Soka Gakkai Founding Day, Nov 2013]

With the foundation of kosen-rufu completed, it is now the beginning of the essential phase of kosen-rufu – the time to make the widespread propagation of Nichiren’s Buddhism a reality.

These Bodhisattvas, more magnificent looking than all present at the gathering at Eagle Peak, pledged to their mentor to fulfill their mission by propagating the five characters of Myoho-Renge-Kyo in the evil latter day of the Law.

During the assembly where Shakyamuni preached the Lotus Sutra, his disciples repeatedly pledged to him that they would carry out the widespread propagation of the Law just as he had taught, asking him to put his mind at complete ease on that account.
[Now is Your Time to Take the Lead!, June 2010]

The Bodhisattvas of the Earth are disciples who work joyously to protect, support and champion their mentor’s cause. These Bodhisattvas, firm in intent and great in compassion, are the ones who will bring the mentor’s teaching to eternity and achieve the substantive realization of kosen-rufu!

"The widespread propagation of the Law cannot be carried out in the evil Latter Day by disciples who are dependent on the mentor’s support, protection and encouragement. At such a time, true disciples who can support, protect and champion their mentor must stand up."
[Awakening to the Profound Mission of Bodhisattvas of the Earth, Nov 18, 2006]

True victory in this cause can only be achieved when the disciples who are serious in their commitment, united in purpose, pray and take courageous action without begrudging their lives.

Instead of remaining in the realm of theory, we must now take action to achieve something in reality. It is time to evolve from a phase of speaking about our determination and vow, to a phase where we demonstrate actual proof of victory.

He (Toda) said: “I’m thinking of March 16 as the occasion on which I will formally transfer the mission for achieving kosen-rufu to you, the youth.”…  A tremendous thrill ran through me at that moment, because I knew that “formally transfer the mission” meant that the meeting would be a ceremony in which the mission of our Soka movement was passed from the mentor to the disciples.”
[March 16 – The Eternal Starting Point of Mentor and Disciple, Mar 2008]

Since President Ikeda has intentionally stopped coming out since May 2010, this very moment that we are in now, provides us with the opportunity to perform a “dress rehearsal” of kosen-rufu in preparation for the future. This is President Ikeda’s way of training us.

I have done everything I possibly can for the future. The rest is up to you.
[Now Is Your Time to Take the Lead, June 2010]

Quoting President Toda, President Ikeda had the same expectation on the youth of the essential phase.