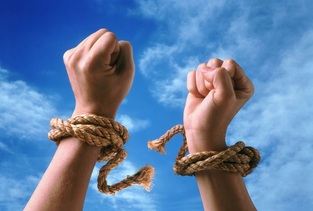 When one is mired in difficulties and sufferings in life, one will often exclaim - “Why me?” When the person is able to overcome the self-denial state of “why me” and be awakened to the reality, somehow he or she will proceed to the next stage. This, thus led people to pursue the idea of whether fate or destiny can be changed. This idea is indeed a universal longing that all people share and also the field that religion and philosophy seeks to address and resolve.

As human beings seek further on this universal longing, many of them will find it difficult to reconcile to the idea that their fate lies in the hands of some Supreme Beings. This is because as the concept of the Supreme Being that determines their fate becomes more absolute, the more passive people will become and the more inconsequential their lives will appear.

In contrast to the concept of Supreme Being, Buddhism teaches the concept of karma – one’s happiness or suffering is the manifestation of his or her past deeds.

Take for example, someone who holds others in contempt will in turn be disrespected while someone who helps others unconditionally will on the other hand, be rewarded with positive effect. This is the traditional way of thinking in Buddhism and the Daishonin terms it as the ‘general causality.’

Since one’s karma is determined by one’s own free will and actions, one should have the freedom to be liberated from it. Buddhism thereby guides human beings to search internally for the answer to one’s own happiness or suffering. This is known in Buddhism as the “inner way”, that is to view one’s karma as one’s own responsibility.

The purpose of Buddhism lies in educating people to take responsibility of their own lives. However, the general causality found in pre-Lotus Sutra teachings tends to constrain the lives of people by making them feel passive and negative when dealing with their past offences. The pre-Lotus Sutra taught that one had accumulated massive karma since his past life and continue to create new negative karma in the present. Since it seems almost impossible for one to eradicate these immeasurable negative karma accumulated from countless past existences within a single lifetime, one can only hope to reduce it as much as they can in this present life.

Thus, this concept weighs heavily on people’s lives, which; leads many to take on the self-blame for their forlorn condition and fall prey to a sense of powerlessness. Nichiren’s Buddhism does not focus on such ‘general causality’. This causality of the pre-Lotus Sutra teachings has its limitation, President Ikeda explained:

The Daishonin says, “Usually these sufferings appear one at a time, on into the boundless future” (WND, 305)… Even if one tries over an extremely long period of time to eradicate one’s negative karma, there is the danger that one will accumulate new negative karma in the interim.”
[The World of Nichiren Daishonin’s Writing – Sado Exile, the Establishment of a Great Religion for Changing Karma]

Henceforth, basing on the principle of general causality, the accomplishment of becoming a Buddha will entail countless kalpas of Buddhist practice. In this evil age of the latter day, people require a stronger teaching to breakthrough this karmic principle of less developed teaching. In response to this need, the Daishonin established a teaching that focuses on the ‘greater causality’ as expounded in the Lotus Sutra. It is the causality of attaining Buddhahood. It teaches that one can breakthrough the destiny they had formed through their past existences once they bring forth the state of Buddhahood in their lives.

President Toda states, “In other words, devoting our lives to the Mystic Law and chanting Nam-myoho-renge-kyo represent the means to transform our destiny for the better. By these means, all intermediary causes and effects vanish, and our true selves as ordinary people enlightened since time without beginning emerge. The Daishonin says, ‘Time without beginning means neither created nor adorned, but remaining in one’s original state’ (GZ, 759)… Since the Buddha is life itself, when we awaken to our lives in their original state, all the intermediary causes and effects disappear, and the Buddha of Myoho-renge, the simultaneity of cause and effect, becomes manifest.”
[The World of Nichiren Daishonin’s Writing – Sado Exile, the Establishment of a Great Religion for Changing Karma]

The emergence of the world of Buddhahood can be compared to the dawning sun. Once the dawn breaks and the sun rises in the sky, the stars that had shone so vividly in the night sky immediately fade into seeming non-existence. If that is so, does it mean that all intermediary causes and effects are reset to zero and cease to exist once someone is awaken to their lives in their original state?

Just as the stars in the sky vanish from sight once the powerful light of the sun outshines them, it does not mean that stars have ceased to exist. Similarly, the intermediary causes and effects still exist within one’s karmic balance when someone manifests the Buddhahood from within their lives, but the negative karma fails to impact an effect to cause him or her to suffer. It is because negative karma is subsumed in the world of Buddhahood and is purified by its power.

The principle of greater causality expounded in the Lotus Sutra is a revolutionary way of looking at karma - from one that views ordinary people at the mercy of their destiny to another that view ordinary people, who once awakened to their noble mission, stands up with a vow to alter the destiny of humanity. The question of whether karma exists is no longer the key issue when one embarks on the practice of a firm philosophy to strengthen their lives. A person of strong life-force is able to squarely confront his or her karma head-on so as to surmount it.

The principle of greater causality resonates to the concept of ‘voluntarily assuming the appropriate karma’. It is originated from the ‘Teacher of the Law” (10th) chapter of the Lotus Sutra. It presents the picture of great bodhisattvas who have accumulated immense good fortune and benefit and because of the benefit they have accumulated from their Buddhist practice, they could by rights be born in a ‘good land’. However, due to their wish to save those who are suffering, they voluntarily create the negative karma to be born in such a realm and undergo the trials and tribulations of an evil age so that they can spread Buddhism.

President Toda often said, “Someone who is too exemplary from the outset cannot go among the people. In order to spread Buddhism, we intentionally choose to be born as people who are poor or sick. Life is like appearing in a play,” he would say.

He also said, “I lost my wife and my daughter died. My business failed. Because I have known such suffering, I could become president of the Soka Gakkai.” People who have not experienced painful struggles or sufferings cannot understand the hearts of others. Only if one has tasted life’s bitterness can one lead people to happiness.

To simply view your sufferings as ‘karma’ is backward-looking. We should have the attitude, “These are sufferings I took on for the sake of my mission. I vowed to overcome these problems through faith.”

When we understand this principle of ‘voluntarily assuming appropriate karma’, our frame of mind is transformed. What we have previously viewed as destiny, we come to see as mission. There is absolutely no way we cannot overcome sufferings that are the result of a vow that we ourselves made.
[The Wisdom of the Lotus Sutra, The Teacher of the Law Live Among the People]

By accomplishing the great vow for kosen-rufu based on this principle, the SGI members transform their karma into their mission.

We have been born in this world, at this time, to accomplish the great vow we made in the remote past. Our karma is our mission; it is the stage upon which we play out our magnificent drama of transforming adversity into triumph. No matter how difficult or challenging our lives may be, there is no other separate place where we can achieve happiness. That is why it is so important for us to triumph in the place where we are now.
[Light of the Century of Humanity - The Noble Mother of the SGI]

What makes Soka Gakkai great? It lies with its member. While grappling with their problems and earnestly attempting to transform their own karma, they go all out to help others change their karma. It is this noble action of the members that makes Soka Gakkai great. It is a commendable instance of ordinary people saving ordinary people and of people leading people to enlightenment. It is the triumph of humanity exemplified by the Soka Gakkai members.

This compassion of living for and together with others demonstrated by the Soka Gakkai members corresponds to the vow and the cherished wish of Bodhisattvas of the Earth. It is to  always be born among the people, to work for and with the people. It is the desire to be born among those who are suffering the most to enable them to become the happiest. In this sense, SGI is the gathering of the Bodhisattvas of the Earth.

The Bodhisattvas of the Earth are a source of great light imparting courage and strength. They warmly illuminate the way ahead for those walking through the night of loneliness and anxiety. They wipe away people’s tears of despair and give hope to them. They dispel the darkness of ignorance and brighten people’s lives with the light of compassion and wisdom.

This reference to “the darkness of living beings” is not something abstract. The important thing is to actually help banish the darkness of suffering shrouding the lives of individuals in our immediate environment.
[The Teaching for Victory – Our Mission as Bodhisattva of the Earth and the Dynamic Development of SGI toward a Humanistic Century of Peace]

Those who dedicate their lives to the noble vow as the Bodhisattvas of the Earth is able to triumph over all obstacles and difficulties they meet in life. The Daishonin who based himself on the great wish to save all people says, “All other troubles are no more to me than dust before the wind.” (WND, p.280). Seen from the perspective of a life that is based on this great vow, what karma one has or doesn’t have is not an issue. That is because no matter what painful hardship or karma one has to face, a person whose life that is dedicated to this vow can absorb it all.

The time is now! Now is the second act of kosen-rufu. This year marks the significant 70th anniversary of second Soka Gakkai President Josei Toda's release from prison on July 3, 1945, and also the 40th anniversary of the SGI's founding on January 26, 1975. Let all Ikeda Direct Disciples answer to the mentor’s call and fulfill the noble mission of the Bodhisattvas of the Earth and win victory after victory in the course of kosen-rufu in this essential phase, especially in this “Year of Dynamic Development in the New Era of Worldwide Kosen-rufu”
<ii. Hosshaku kempon, Regaining a new sense of Self