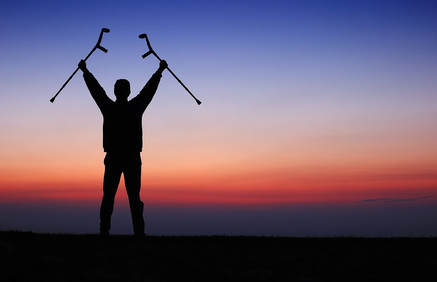 Never Give Up
Kelvin Carr
USA

Growing up, I suffered from terrible anxiety, making it difficult to say hello or even smile. Although my parents encouraged me to chant Nam-myoho-renge-kyo, like many young people I had no interest in following any religion. As my high school years progressed, I started experiencing extreme anxiety. I sought relief in marijuana, but soon it wasn’t cutting it anymore. By my senior year, I was addicted to heroin.

On Dec. 22, 2012, I overdosed in my room. My dad found me at 3:30 in the morning, not breathing. He woke up my mother, who dialed 911 while my father performed CPR on me until the paramedics arrived. When I came to, I had no memory of what happened, nor did I understand the trauma of my parents’ experience. After that incident, I stopped using heroin for more than a year.

But by 2014, I was using again. I quickly went into rehab with the help of my father. When I got out in July, I started working on a fishing boat, which was great while the season was busy. But when things started winding down, I missed the feeling I got from heroin.

On Oct. 3, 2014, I overdosed again, which put me into a coma. The next day, the doctors explained to my parents that after two brain scans, no brain activity was detected, and my kidneys had ceased functioning. They would soon need to make the decision to disconnect the machines that were keeping me alive.

My life was hanging by a thread, but my parents believed what SGI President Ikeda has taught them—to never give up. For them, defeat was not an option. Every day, my parents and members would come to my hospital bedside and chant for me. The women’s division members visited often, chanting next to my ear while holding my hand.

I learned that members all over the country were chanting for me, too. My dad’s friend, who was at the Florida Nature and Culture Center for the SGI-USA Men’s Conference, called to say that the men were chanting for me along with our general director. After the 10th day, my body started to respond. The doctors were speechless, since all indications were that I was destined to die. But they did not know about the power of Nam-myoho-renge-kyo.
​
By the 12th day, I started to come out of the coma. However, I had suffered a stroke, and my left side was paralyzed. As I slowly regained consciousness, I still didn’t know what was going on or understand what had happened to me. The doctors warned my parents that I would need constant medical help and would never be able to live a normal life. I was transferred to multiple hospitals, where I was hooked up to a breathing machine and feeding tube.

For four months, my parents visited me twice a day and brought extra food and supplements. They always chanted in my room. In every hospital where I stayed, all my roommates were terminal. I was the only one to ever leave. Slowly I began the process of learning to sit up and, with even more difficulty, to stand.

In the beginning, I could not take even one step unassisted. I had to be weaned off the breathing apparatus. The doctors considered me a miracle, but my parents and the members knew that it could only be the power of chanting Nam-myoho-renge-kyo.
​
I was discharged on Feb. 3, 2015, and was very fortunate to be admitted into a world-renowned physical therapy program for the next 11 months. I was frustrated because I couldn’t move the way I once did, but I knew deep inside that I had to use this opportunity to show actual proof. Nichiren Daishonin writes: “Nam-myoho-renge-kyo is like the roar of a lion. What sickness can therefore be an obstacle?” (“Reply to Kyo’o,” The Writings of Nichiren Daishonin, vol. 1, p. 412). Every day before and after rehab, I would chant to strengthen my resolve to regain full function of my body.

With the encouragement of my young men’s leaders, I started to support intro-to-Buddhism meetings and enrolled in a junior college to continue my education. It was not easy, since I needed to review many of my high school courses because of the stroke, but I worked hard at it.

I joined the Gajokai Academy, an SGI young men’s training group, and began doing Gajokai shifts consistently every Wednesday night at my local Buddhist center. Today, it is my honor to welcome members and guests, and to give back to the environment that has fully supported me through the darkest moments in my life.

I am a Bodhisattva of the Earth, and I will be victorious over and over again. I will defeat all the obstacles and challenges that lie ahead of me.

When I started to participate regularly in SGI activities, my recovery accelerated. I was able to go to the Hall of the Great Vow for Kosen-rufu in Tokyo, and I recently attended two FNCC conferences. Although I still had remnants of anxiety, I was so inspired to hear the amazing faith experiences of other young men that it gave me the courage to begin sharing my own experience. That conference became a turning point in my life and my practice. I am proud to report that I am now able to drive myself to SGI activities and to school, where I am studying to become a substance abuse counselor. In addition, my body is almost completely functional and still improving every day. Recently, I was appointed a young men’s vice district leader. These are tremendous victories for a person who was supposed to die, or destined to live in a long-term care facility.

With the sincere prayers and support of my SGI family, and looking toward the gathering of 50,000 youth in 2018, I am determined to share this Buddhism with as many individuals as I can, and have them experience the great joy of this practice.

I am a Bodhisattva of the Earth, and I will be victorious over and over again. I will defeat all the obstacles and challenges that lie ahead of me. I will do all of this with my mentor, President Ikeda, whose spirit inspired my parents to fight by my side, and enabled me to never give up.