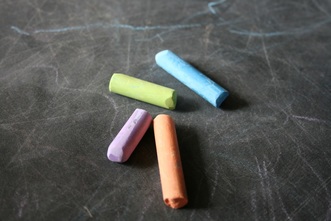 Planting the Seeds of Hope of Humanism in the Land of India
Dr. Sethu Kumanan
India

Dr Kumanan was born in a village in India. His father was an Indian language teacher who was also the Principal of his elementary school. Although his father was a Principal, his family remained poor. In order to raise his four siblings and himself, his mother had to work long hours every day. Since young, he would help in milking the goats to share the household chores.

Founding a campus based on a strong passion in Education, Giving his all in his endeavor

After Dr Kumanan graduated from school, he became a Mathematics teacher in Chennai. Shortly after, he set up a small Mathematics tuition centre and enrolled about 100 students. Just then, his friends suggested that perhaps he could set up a school instead.  “To foster children who are the successors of the coming age, I would like to set up a school well-equipped with facilities.” This dream burnt brightly in his heart.

After Dr Kumanan got married, his father-in-law who was an entrepreneur, was moved by his passion for education and decided to support him financially. Thereupon in 1988, Dr Kumanan established an institution which offered an integrated programme from Kindergarten level to the first year of Senior High. This school was named after his father-in-law.

At the initial stages, the school only received 7 students. Due to shortage of manpower, Dr Kumanan doubled up as the school Principal, bus driver, Maths teacher and even as school cleaner. However, for the sake of the happiness of the children, he did not mind all these hardship at all. Today, the school has an enrolment of 7600 students. In national standardized examinations, the school has been producing stellar results consistently.

Meeting President Ikeda in Japan, Determined to establish a Higher Institution of Learning for Women

In 1994, he came across a poem titled “Mother” from a publication written by President Ikeda. He was very moved by this poem and longed for the day he could meet this poet in person. In 1996, he attended the World Poet Conference in Gunma Prefecture in Japan. On the eve of returning home, he unexpectedly met the person he has long admired, Mr Ikeda at the Soka University of Japan.

Mr Ikeda is not only a poet, photographer, philosopher and founder of Soka University of Japan, he is also the leader of a Buddhist organisation and a great figure for the promotion of peace, culture and education in the world.
​
“What can I do for this great mentor, Mr Ikeda?”  Dr Kumanan resolved to follow this great mentor throughout his life.

Upon returning to India, he renamed one wing of the campus as Ikeda Tower. He was determined to focus on developing students who were from poor family background or with learning disabilities. Not long after, he set up Ikeda Hill School and provided free education for 240 students a year.

On top of these, in order to realise President Ikeda’s ideals of “Women as the protectors of life and human civilisation” and “Fostering Global Citizens”, he resolved to spend the rest of his life to found an institution of higher learning in India. This institution would be named after Mr Ikeda and based on Soka Education for Women.

Overcoming obstacles of various kinds, Dr Kumanan finally realized his dream and established the Soka Ikeda College of Arts and Science for Women in his home town of Chennai in August 2000. The campus occupied an area of 53 hectares and was located amid tranquil surroundings beside a lake. He named Mr Ikeda and Mrs Ikeda as the honorary founder and honorary chancellor of the college respectively.

At the initial stages of the construction of the college, the college board of directors and the wider community were not able to understand the rationale of establishing a college based on Soka Education and naming the college after “Ikeda”. As such, many board members pulled out their capital and the college had difficulties operating properly. In such trying times, Dr Kumanan’s wife gave him the utmost support. Holding firm to their resolve and determined to compete the construction of the campus, they went around sourcing for capital.

When faced with waves after waves of obstacles, Dr Kumanan pored over the writings of Mr Ikeda as a source of encouragement, hope and guidance. He strongly believed that he was in the same rhythm with Mr Ikeda towards the path of peace and that this college which is named after his mentor “Ikeda” will grow and develop for a long time to come.

After eight long years of great struggle till 2008, the community at large gradually understood that his purpose of setting up this college was truly to elevate the status of women rather than for profit and he finally won the support of the college board of directors.

“Through education, may women become the power to open the path of peace.” This is the belief of Dr Kumanan. In order for more women to gain access to better quality education, the college provided subsidy to students from under-privileged families and merely required a fee of 2000 dollars per semester. Besides, what sets Soka Ikeda College of Arts and Science for Women apart from other typical universities is that Dr Kumanan expects every student to learn the philosophies and humanistic actions of Mr Ikeda, as a member of the Soka Family.

Students from the under-privileged families were very moved by the educational ethos and values of the college. With a deep sense of gratitude, they diligently apply themselves in the learning of the subject disciplines as well as gaining much inspiration and spiritual growth from the guidance, thoughts and actions of President Ikeda. They spent their youthful days learning with confidence and lived life creating the highest value.

Resolve to walk the path of Mentor and Disciple, Actualise the Humanistic Ideals of President Ikeda

After a long period of great endeavours, students of Soka Ikeda College of Arts and Science for Women did very well and achieved excellent results in different subjects and disciplines, gaining the attention of the education circles. From an initial enrolment of 80 students 15 years ago, the student population grew to an enrolment of 1600 today. The graduates of the college were now actively contributing to different sectors and professions, winning accolades and compliments from society.

On the topic of the founding of the college, Dr Kumanan spoke with deep emotion, “Similar to the growing pains of plant saplings upon the planting of seeds, I can experience the joy and happiness of flowers blooming.”

Dr Kumanan said, “Compared to the great struggles that President Ikeda had to wage for the sake of human beings around the world, the founding of the college is indeed insignificant.” He remarked humbly, “All I have contributed in my small way is to enable women to receive good education and for them to nurture the future generations of young successors, based on the principles of humanism of Mr Ikeda.”

Although this is a path fraught with difficulties, I will continue to advance. In order to make my mentor’s ideals a reality, I am prepared to spend my entire life doing so. I have made thorough preparations; once I decided on my mentor in life, I will walk the path of mentor and disciple till the end.”  Currently, Dr Kumanan is planning to set up another campus with a land area of 230 hectares. Besides the school buildings, a sandalwood forest named after Mr Ikeda and Kaneko Ikeda will be constructed, with a land area of 20 hectares.

In order to materialize the ideals for Peace and Education of Mr Ikeda, Dr Kumanan’s struggles continue unabated.