Recollecting President Ikeda’s 2nd Visit to Singapore
A book review of ‘Singapore, Where the Crown of Humanity Shines – A Compilation of Poems and Essays on Singapore by Daisaku Ikeda’ Part 1 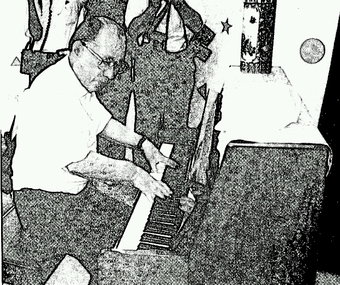 It has been many months since the closure of Telok Blangah Soka centre.  Not long before, the centre was packed with people gathering for meetings.   Every time I passed by Telok Blangah Road, the memory of Sensei’s first visit emerged.  Now the building stood quiet and deserted.

Sensei arrived on 5th Nov 1995 and spent 6 days here, departing on 10th Nov. During his 2nd visit, Sensei had a packed schedule.  He attended the Asian Culture and Education Conference across 4 sessions held at SIngapore Soka Association Headquarters. He also visited some professors from National University of Singapore and Nanyang Technological University.   Sensei really spent his time laying the path for us, his disciples to practice joyfully. How fortunate to have such a mentor!

During the 1st session of the Asian Culture and Education Conferences, Sensei shared on 5 important points.

1) What is the most respectworthy way to live? First and foremost, you must hold fast to your faith throughout your life. No matter what circumstances in which you may find yourself - good or bad - you must continue to forge ahead unwaveringly on your chosen path. You do not have to pretend to be better than you are, nor should ever fear the trails you may encounter. Do not be swayed by things which happen around you, many people have become miserable because they were in a desperate hurry to attain fame or status, mistakenly equating high social position with greatness as a human being.

2) What you make your prime point is crucial. No one is stronger than those who make the members their prime point, their foundation. This is the correct attitude of a leader.

3) When resolve to foster others, we ourselves develop and grow.  Those who hold position of authority, but make no effort to raise others, tend to become oppressive, making for a dark and joyless organization.

4) There are all kinds of people - those who are emotional, critical, and open-hearted, argumentative, self-assertive, unpleasant and the list goes on. I hope you will become people of wisdom who can skillfully harmonize everyone's diversity and guide them in such a way that all can develop their great potential.  Those who can do this are great leaders in Buddhism and in life. Moreover, the efforts you make to pursue this end will enable you to grow into such a great leader.

5) Fundamental to all these endeavors is prayers, Nichiren Daishonin states, "Beliefs is the source of wisdom." (OTT, p54) We must transform our prayers into wisdom. Buddhism has no limits; the Buddha's wisdom can never reach an impasse. If, through having embraced the great teaching of the Daishonin's Buddhism, you come to regard your Buddhist practice as an onerous or unpleasant burden, then you are the only one who will lose. This cannot be called true Buddhist practice. Those who ceaselessly apply themselves to develop the Buddha's wisdom and compassion with their own lives are genuine practitioner of Buddhism and leader's of kosen-rufu.

During the 3rd session, Sensei emphasized on members' happiness, he said, "As I have mentioned on many occasion in the past, the SGI's fundamental focus is that its members enjoy wonderful lives as responsible and respected citizens of their localities, of their nation and of our planet. The SGI's objective is for each person to become a victor in life and shine with happiness. Nothing gives me more joy or pleasure than seeing members become happy and gaining great benefit from their practice of faith."

Sensei continued to share a poem dedicated to Singapore members and quoted about courage.

“The spirit to fearlessly challenge obstacles;

The will to continue undefeated by anything;

The supreme conviction to perseverance in the pursuit of justice;

The powerful ichinen (determination) to never defeat yourself ;

- All this begins with "courage"

"Courage" cultivates a person's worth,

Therefore, summoning forth a heart of great courage.

Dash with all your might down the "kings' road" of humanity.”

Sensei continued with an illustration on a couple who lived their lives with courage. They are Dr Martin Luther King Jr & Mrs Coretta Scott King, both leaders of the struggle for equal rights for African Americans.  He then shared about one episode of their struggles.

"Dr King was arrested and put in jail during his Birmingham campaign (A campaign to bring attention to the unequal treatment that Black Americans endured in Birmingham, Alabama, USA).  He was denied his legal rights and held incommunicado by the police authorities. It was impossible to find out even if he was dead or alive.

However Mrs King's determination did not waver, she called US President John F Kennedy for help. Naturally, she was not immediately put through to the President. Nonetheless, she refused to give up. Her desperate cry was relayed from one person to another until finally it reached the US President. Thus, the final outcome was that, an investigation was launched. As a result of her determination and courageous actions, Mrs King was not only able to save Dr King but also paved a way for the victory of the Birmingham campaign.

Women shaped the history with their wisdom and courage, even when their efforts are inconspicuous or unseen. The members of SGI Women Division are also great examples of this."

Sensei then emphasize that what matter most is the heart. Everything depends on whether our hearts blaze with a passionate, fighting spirit irrespective of our situation.  Those who maintain such an undaunted spirit no matter what happens are victors in life.

One point that he also mentioned touched me very much.  "The civil rights movement was never easy. But its supporters fought with a tireless commitment for the sake of human rights.  Their persistence created a ground swell that swept the country forward, towards positive progress.  Though there may be vicissitudes along the way, in the end, history moves in the direction of humanism.  Those who go against this great tide of history will ultimately end in failure and defeat."

Sensei also said, “If one is cowardly, one cannot become happy. Courage is the key that opens the door to happiness. Our SGI movement is a great undertaking for peace, committed to safeguarding the freedom, equality and dignity of all people. It is my hope that all of you will continue to construct embankments of courage in your lives, and become individuals with brave and undaunted hearts who always strive to protect the precious children of the Buddha."

Are we really safeguarding the freedom, equality and dignity of all people?

“Courage faces fear and thereby masters it. Cowardice represses fear and is thereby mastered by it. Courageous men never lose the zest for living even though their life situation is zestless; cowardly men, overwhelmed by the uncertainties of life, lose the will to lives. We must constantly build dikes of courage to hold back the flood of fear.”