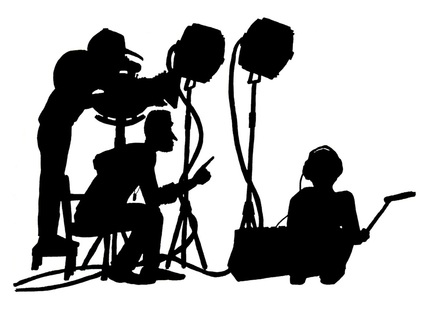 Before I started to practice Buddhism in 1983, I was arrested twice by the Italian police because I belonged to a clandestine communist revolutionary group that chose to adopt armed struggle and violence as the only way to change society. I wanted to change Italy and thought a revolutionary war would be a quick solution to social problems.

That group was linked to other similar European organizations, such as the IRA and ETA. Though very young, I had embraced completely the ideals and values of the group, becoming a violent and dangerous person.

After our arrest, I felt a great sense of emptiness, due to the loss of such an important but terrible ideal. A friend then introduced me to Nichiren Buddhism, and after six months of doubt, I started to chant, secretly at first so as not to further alarm my parents.

I immediately felt much happier and began to discover my compassion and humanity. But I was frightened of other people and wanted to be alone.

After a year I became responsible for a local group in the Italian SGI. This group only had five people in it, but because of my shyness and lack of experience I found it very difficult to encourage them in their practice. At the same time my personal life was stagnant. I had no idea what to do with my life, which job I wanted to do. I was very anxious about my future.

At two consecutive meetings of our group nobody at all came, and I realized that my life was very small--I couldn't even manage to attract those few people. From that moment on I understood that in order to change my destiny I had to do something for others.

I tried to talk sincerely about Buddhism to one of my friends. A few days later she decided to come to our group meeting and brought eight other people. Imagine, this shy person in front of eight people all keenly listening to what I had to say!

However, they all began to practice Buddhism and see results from their practice, and within one year my group counted 65 people. Eventually I was looking after 100 people.

Central to Buddhism is the idea of opening up our life to others. Thanks to that dedication to others, my own life became much brighter and more clearly defined. I then saw clearly what I wanted to do: I decided to become a film director and to give hope and a sense of meaning to others through my films. After all, faith in Buddhism means making the impossible possible.

After working at a whole range of jobs, I noticed that the more my Buddhist group flourished, the more opportunities arose to make my dream come true.

Soon I began to work on films in Milan. After working in a company producing commercials, I started directing music videos. I directed videos for more than 70 Italian and foreign bands and, in 1996, won an MTV award. I also won awards at the Venice and Florence Film Festivals. In 2001 a commercial I directed was selected for the Cannes Advertising Festival. So now I am finally able to create my own feature films, and I am working on two such projects in London.

I now realize that living as a Buddhist and merely saying, "I am a Buddhist," are very different things. I have a strong desire to do something for others. Without this "action" I am unhappy and the purpose of my life becomes distant and confused.

Helping others is also the only way to change from a "war ideology" to an age of peace. Now people want to hear about peace and humanity, but the media supports a culture of violence. I don't want to follow that. I talk to others every day, encouraging them to have hope. I want to show that it is possible for everyone to become happy by realizing their dreams, and to achieve my own great dream of having my own family.

In the SGI I feel I have discovered the "real" revolution: human revolution--a revolution that begins with me looking first at my own life and becoming a protagonist who contributes to changing the world.